Welcome to the Popeye's Supplements Natural Classic. Sanctioned by the Canadian Physique Alliance, this regional championship is open to all Canadians aged 18 and over, who wish to start or continue their journey in the world of fitness.

The Popeye's Supplements Natural Classic is a tested natural championship. Athletes placing Top 3 in their class (with the exception of True Novice classes) will also be qualified for the Canadian Natural Pro Qualifier to be held on August 6 in Toronto!

After two years of pandemic restrictions, we are proud to present the 3rd edition of this championship. From its first edition, this championship has been a great success. A success that is largely based on the trust you place in us. Rest assured that we look forward to seeing you again and just like you, we are ambitious to take up a new challenge and make this event unforgettable! 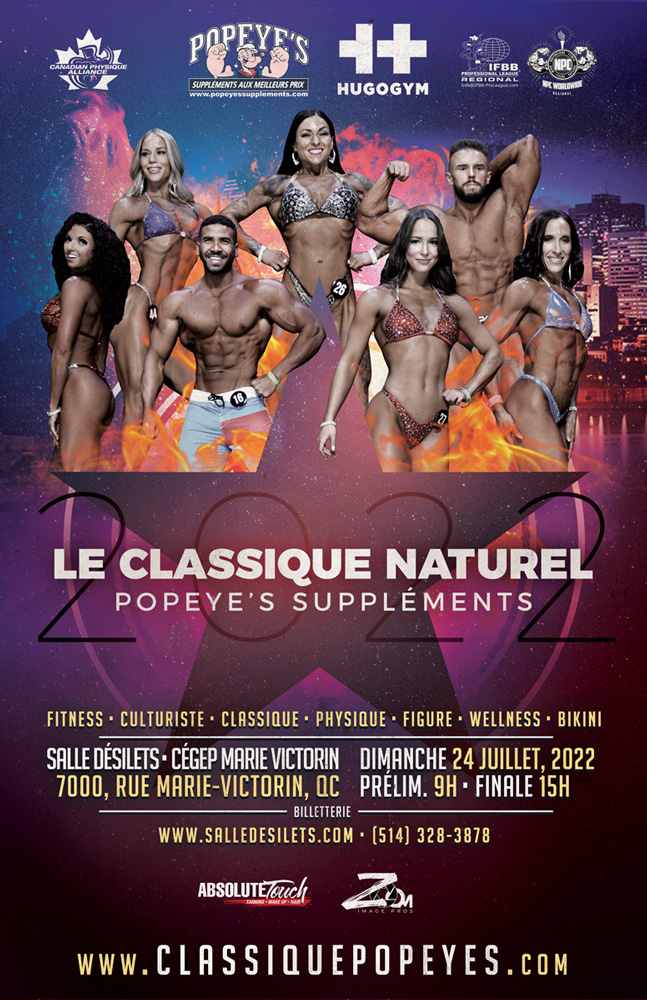 Coming from an artistic background, Jean-Jacques Dugas first worked in the organization and promotion of events in the show business world.

In 2017, the IFBB Pro League separated from the IFBB International and started its own amateur league. In Canada, the Canadian Physique Alliance (CPA) was born. At the invitation of Ron Haché, the president of the CPA, Jean-Jacques joined the provincial association APQ and became the Quebec representative of this new Canadian association.

For the latest updates and information about these shows follow us on social media!

Don't forget to tag us and use the hashtag #CLASSIQUENATURELPOPEYES for a chance to be reposted!