Welcome to the 11th Annual Natural Stephanie Worsfold Classic! I can't believe it been 11 years already! 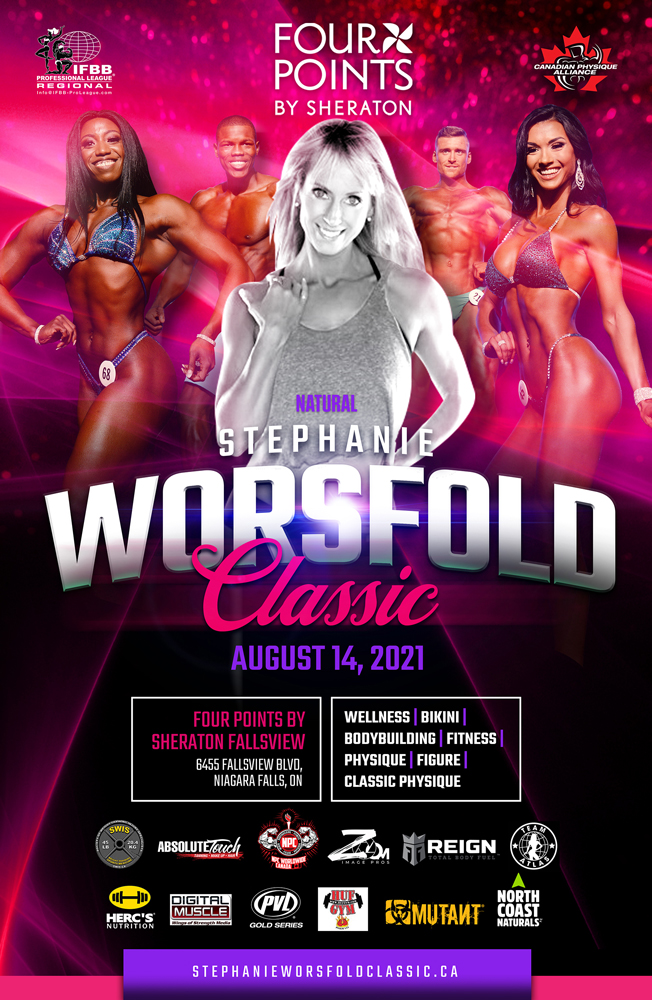 I've been with them for over 18 years now and they have been nothing but supportive and encouraging! I love their products so much that I left my job at the gym as a personal trainer and nutrition consultant to be an account manager for Fit Foods (and believe me I'm not a sales person!) Believing in the product and loving people I have become one of their top sales reps! Being one of their sponsored athletes I had the opportunity to host a television series called the PVL finally fit challenge on roger's television and living well with PVL. It's a twelve week transformation series where we diet (also using PVL products like whey gourmet etc.) and train people to reach their physical and nutritional goals. The show ran for 5 years and has been a great success that has opened up many more doors for me in the industry. I am really excited to be hosting the 8th Annual GNC Live Well Allmax CPA Stephanie Worsfold Classic again this year! The show had been a huge success. Being an IFBB pro it’s nice to be able to give something back to the sport. Keep fit, healthy and live life to the fullest!