The CPA President's Cup (formerly known as the OPA Gala Championships) has always been one of the largest regional events of the year!

Those who place Top 3 at the CPA President's Cup can register immediately after receiving their placing! 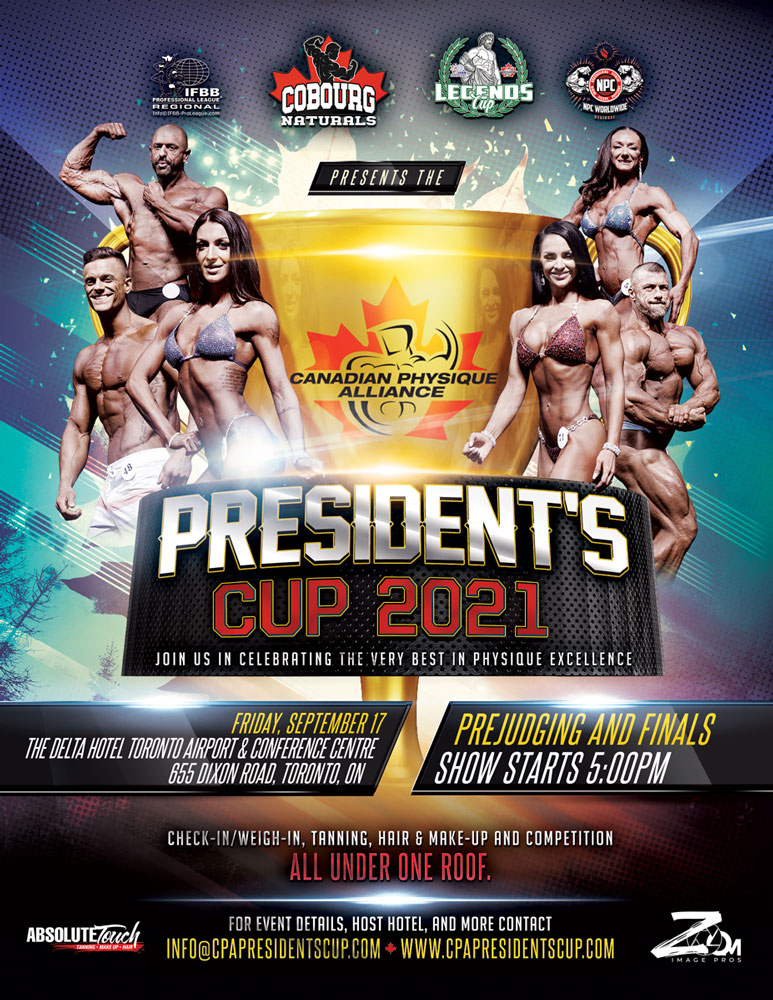 Ron Hache is the President of the Canadian Physique Alliance (CPA) - the Canadian counterpart of the National Physique Committee (NPC). In addition, Ron is an IFBB Professional League Judge who judges bodybuilding shows all over the world, including the prestigious Arnold Classic and Mr. Olympia.

Ron and his wife Angie, his daughter Carla Heins and Jim Morris started the Toronto Pro SuperShow in 2010, which quickly grew into Canada's premier bodybuilding and fitness event & expo.

For the latest updates and information related to the CPA President's Cup, follow us on our social media accounts!

Don't forget to tag us and use the hashtag #CPAPRESIDENTSCUP for a chance to be reposted!