The Mike Clement Natural Classic is a showcase of people celebrating extraordinary accomplishments. Preparing for a competition is a journey that will test the mental and physical limits, but the exhilaration that our competitors feel on stage when they have succeeded in overcoming their physical and mental barriers is why we do what we do. 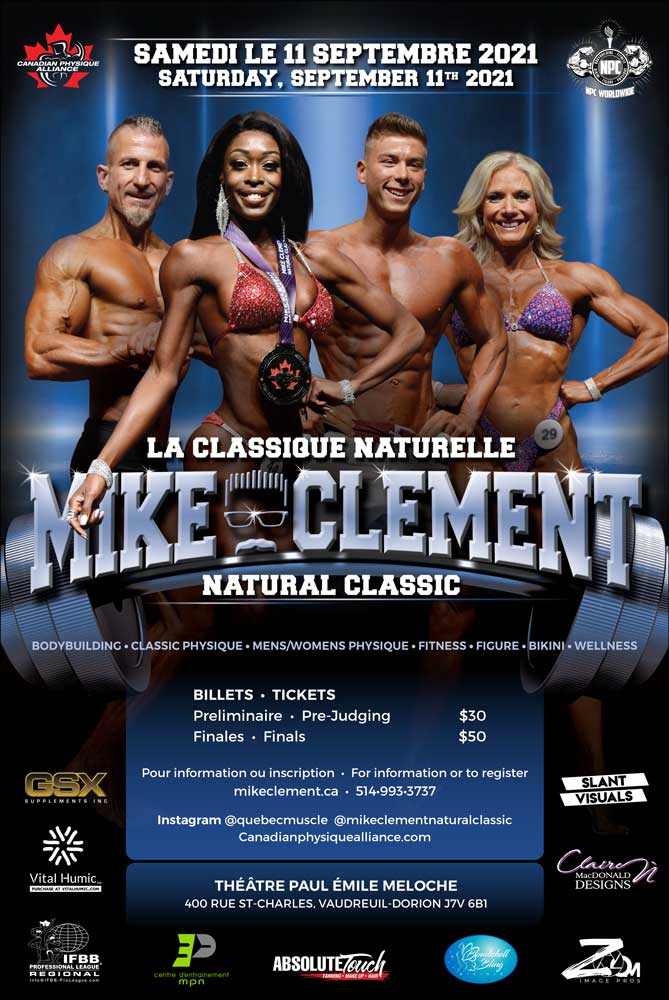 Mike began as a promoter of a first competition in 1990 in a community hall in Dorval Quebec where he had 10 competitors but more than 500 spectators. Thus began an adventure in fitness that continues today!

After this first competition as well as several others that followed, he obtained his IFBB judge certification - international level.

Subsequently, he was contacted by the owners of the WNSO commonly known as FAME to be promoter, Head judge and international anti-doping director which he traveled on several trips around the world, and also to award several Quebecers as world champions.

Then he became a promoter and head judge with the UFE which allowed him once again, to travel across Canada, the United States as well as Europe. The he joined the IFBB / APQ for 3 years as a promoter and is now with the Canadian Physique Alliance (CPA) and the IFBB Pro league regional with his event The Mike Clement Natural Classic.

For the latest updates and information related to the Mike Clement Natural Classic, follow us on our social media accounts!

Don't forget to tag us and use the hashtag #mikeclement2021 for a chance to be reposted!