On Saturday Novmeber 12 the King Kong Open Championships explodes on to the stage in Ontario, Canada!

Step on stage at the King Kong Championships to secure your Open National Qualification! 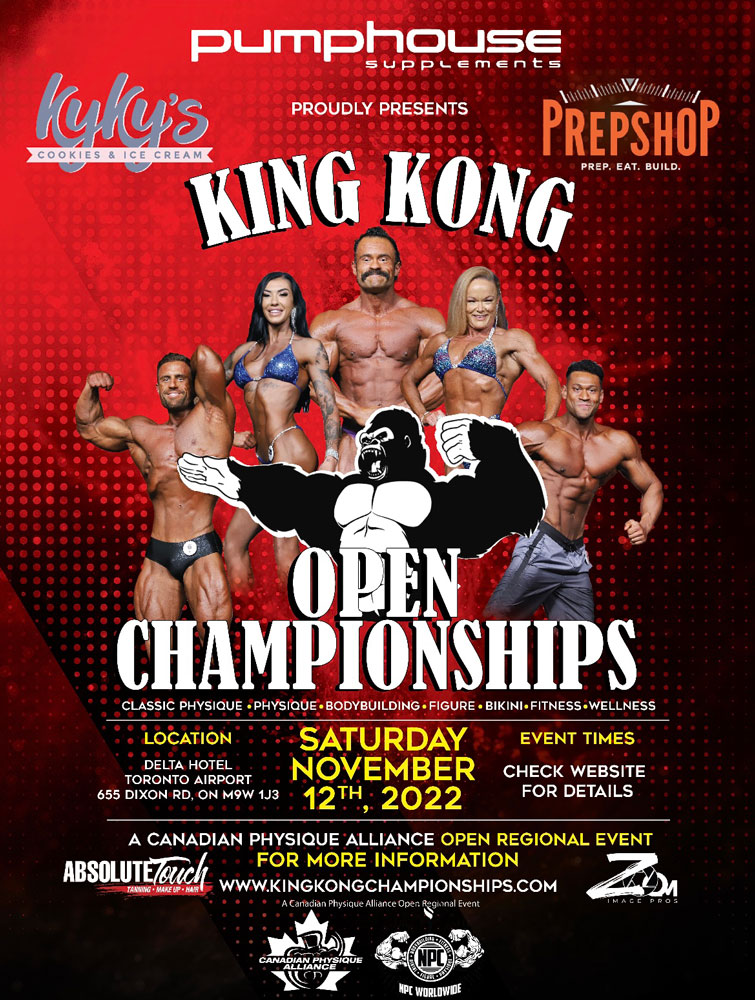 He's known to many of his fans and followers as "King Kong" Wong. But life for this massive IFBB pro was not always as grand. Christopher grew up in Canada as a minority and was one of the smallest kids in his class. "There was no passion for life," Christopher felt. "I was always afraid of what life experiences may be waiting for me... wondering if I was good enough." It was through these moments of uncertainty that Christopher fell into weightlifting. Christopher would hear his uncle every morning at 6 a.m. picking up and putting down weights.

Twenty years ago, Christopher competed and, with great success, became Mr. Tampa. After achieving this dream, Christopher took a break from bodybuilding to begin a family, having "a handsome son and a beautiful little girl." Even though he was a family man, Christopher never took time off from the gym. Christopher saw the gym as his release, and it gave him the abilities and strategies to deal with all of life's situations. Still living with the bodybuilder mindset, Christopher made the decision 20 years later to see just how far he could take his bodybuilding career.

Christopher qualified for Canadian Nationals in just a year and a half. In August 2012, he stepped on the National stage with some of Canada's best and earned a top-five placing. In July 2013, Christopher focused on his goal of winning and earning the coveted IFBB pro card - and made it happen. Christopher is a personal trainer as well as a coach to those who wish to follow their own dreams of competing and one day turning pro.

» Click here to read the full article on Muscle Insider «

For the latest updates and information related to the King Kong Championships, follow us on our social media accounts!

Don't forget to tag us and use the hashtag #KingKongChampionships for a chance to be reposted!