Brought to you by the dynamic and veteran promotional team of Fouad Abiad and Paul Lauzon, the Fouad Abiad Open & Natural Championships have long been known as the premier regional competitions in Canada. Top Canadian IFBB Pros Reggie Dava, Mandy Squires, Joe Alves, Kyla Ford, Eiren Gauley, Elenora Dobrinkna, to name a few, have all chosen the FAC as their first show before going onto professional status.

During Fouads long and successful career as an IFBB professional bodybuilder he racked up an impressive 9 top 3 finishes over his 15 year tenure including 2 victories! Fouad was also a CPA member during his amateur career and was the heavyweight winner at the 2005 Canadian national bodybuilding championships where he was awarded his IFBB pro card.

Paul has been a judge with the CPA (formerly known as the OPA) for over 20 years! In that time he climbed from being a regional judge to an international judge and now has become an IFBB Professional League Pro Judge.

With their unique experiences on both sides of the stage, the partnership of Fouad and Paul has resulted in a promotional team that has set the standard for others to follow and imitate. Their focus has always been and will always be on providing a great show run by a great team that will always put the athlete and their experience first.

Thank you for choosing the Fouad Abiad Championships! 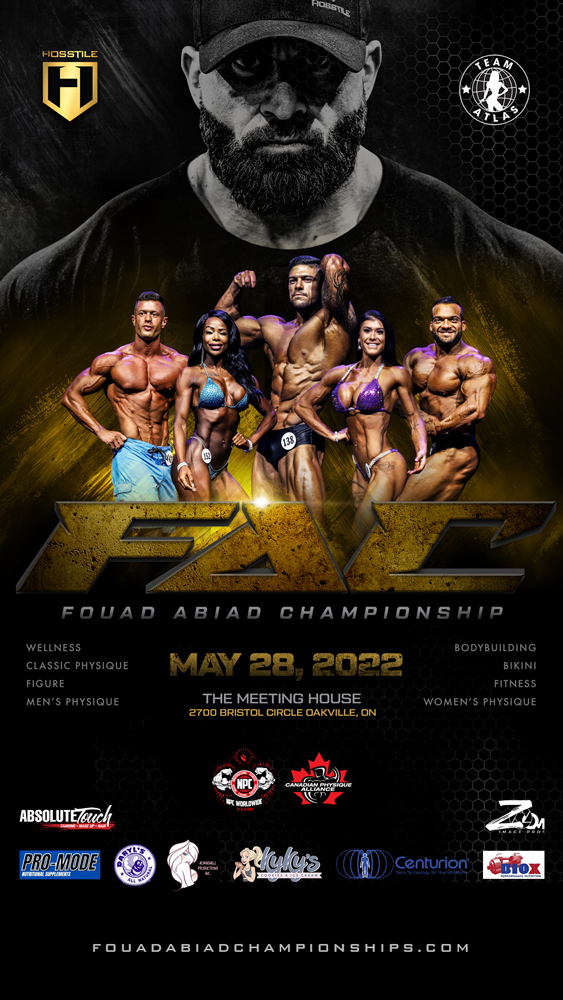 For the latest updates and information related to the CPA Fouad Abiad Championships, follow us on our social media accounts!

Don't forget to tag us and use the hashtag #FouadAbiadChampionships for a chance to be reposted!